While watching some movies about the Second World War or during studying the history of this military conflict it is impossible to miss this image: a big Soviet tank with the star on its tower. Yes, it is a T-34 and today we will tell you the history of this tank and the story behind our own one. 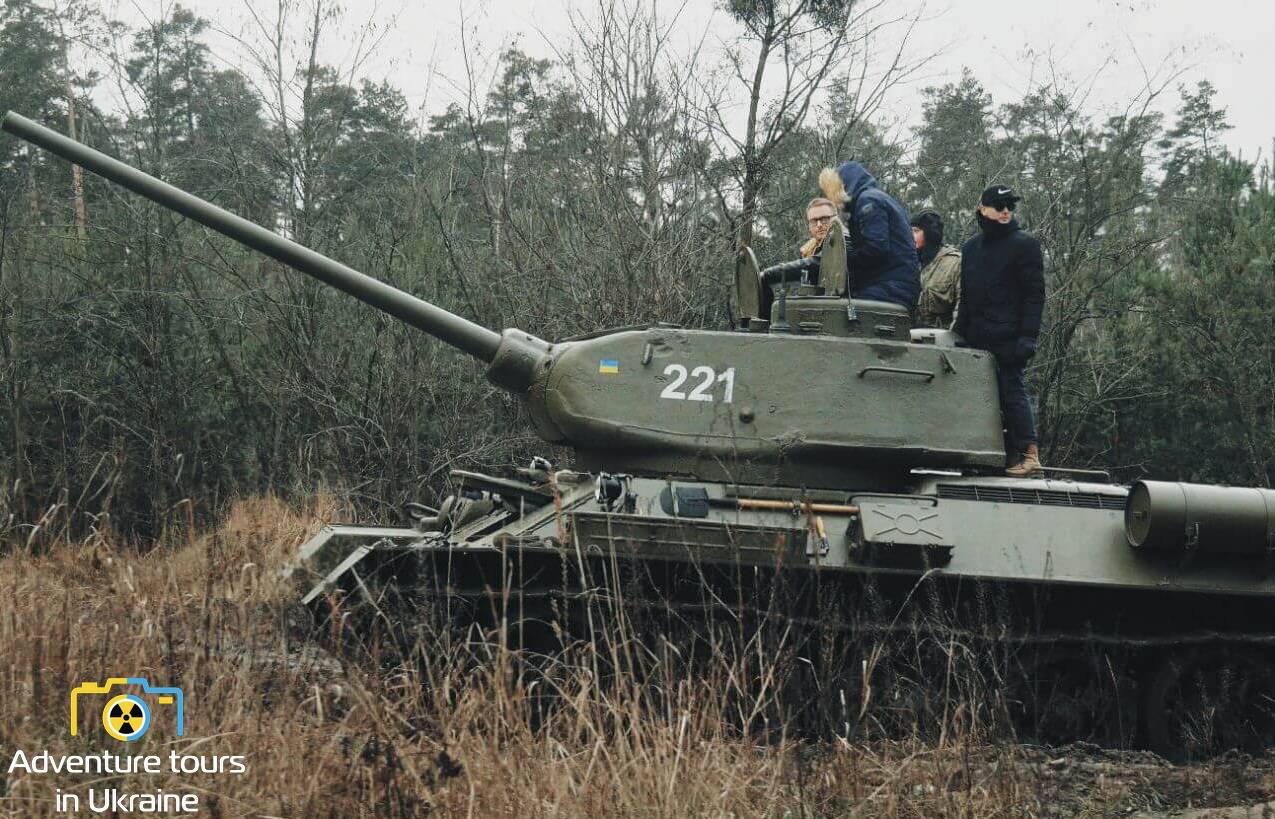 Tourists riding on top of a T-34 tank. Adventure Tours in Ukraine

Is it the best tank to drive?

T-34 has often been credited by the majority of professionals as the best and the most common medium tank of the Second World War. This tank was created by the team of engineers under the command of Mikhail Koshkin at the Kharkiv Locomotive Plant. The first production T-34 joined the battle tank forces of the Red Army in the late autumn of 1940. Continuously refined, T-34 was produced throughout the whole war and became the mainstay of the Soviet Armed Forces and a symbol of the victory. 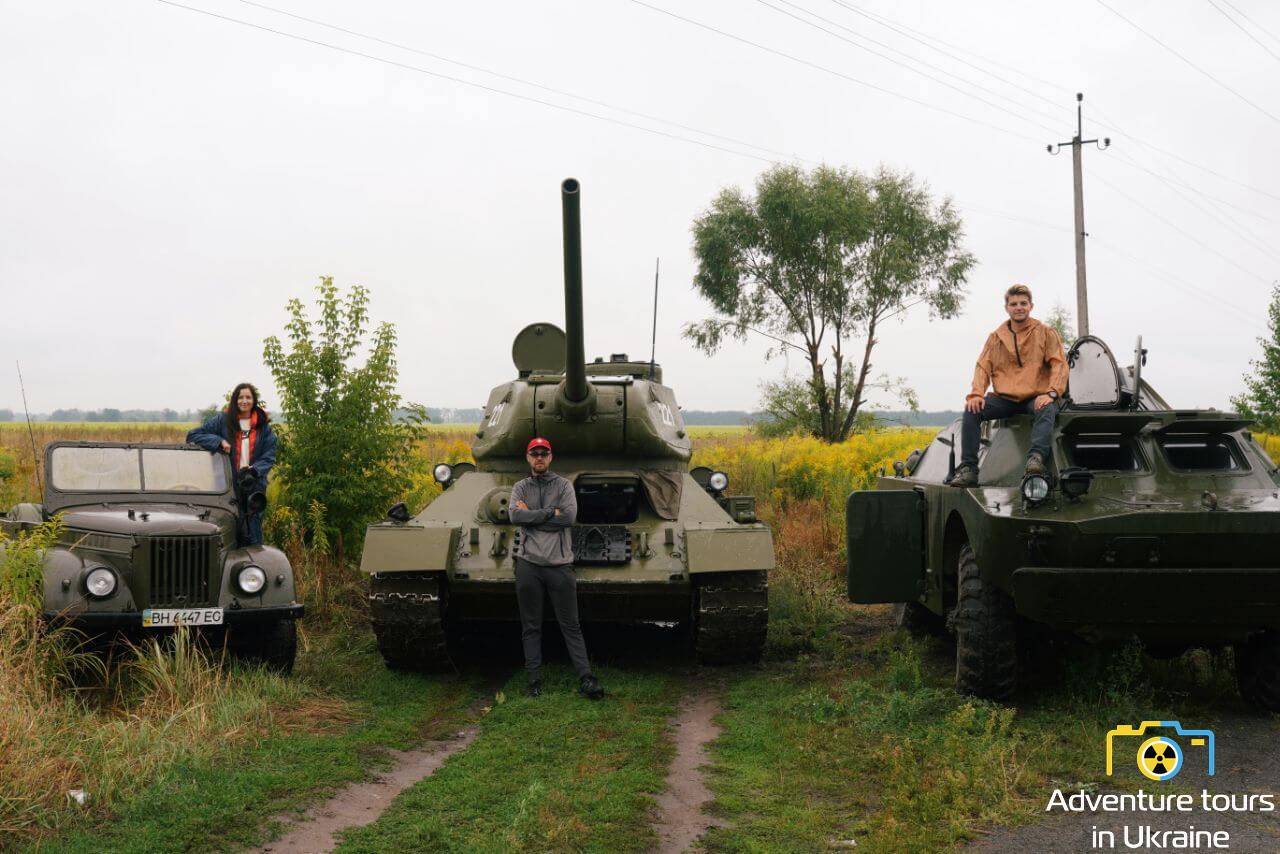 T-34 possessed a perfect combination of a 500-horsepower diesel engine, heavy sloped armour, a high-velocity tank gun and high operational range. It was also simple in construction, which allowed its mass production, easy maintenance and quick repair in field conditions.

T-34 tanks can be found in war museums and on pedestals in different regions of our country, and all of them are of its latest T-34/85 model and there are almost no earlier tanks left. The same T-34/85 is a model of our tank. 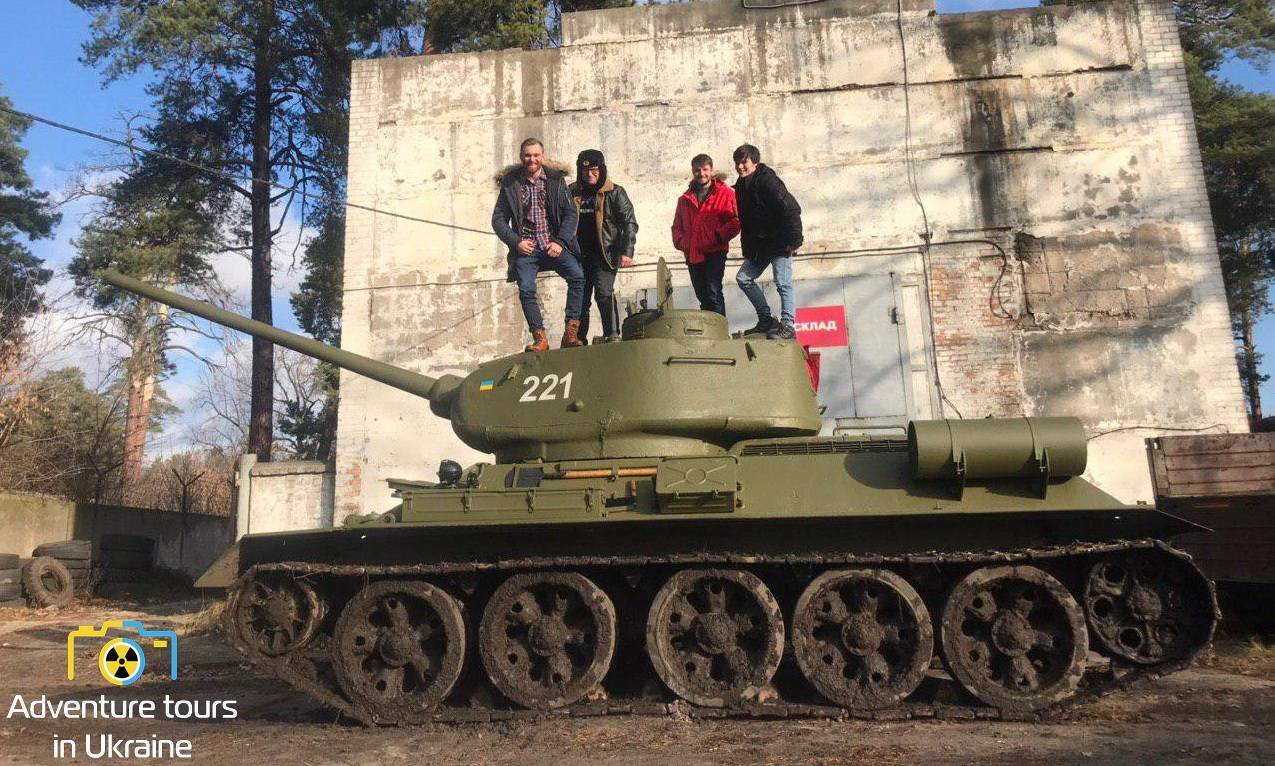 Our rental T-34 tank which you can drive. Adventure Tours in Ukraine

The tank you will drive

As far as our own T-34 is concerned, it probably has even brighter history than the other ones. It has been throug a lot before it became a rental tank. This very machine was produced in 1944, and during the course of war, made its way straight to Germany. The heavy clashes were going on, deciding the fate of the modern world, and, crazy to understand, this tank took part in those: it was hit multiple times (ask our guide to show you the ricochet marks on the tower), but this hits were not fatal, so it made its way to Berlin, where it took the victory but was severely damaged.

After the end of the war, the tank was transferred to Vienna by the railway and repaired there. Then it took part in another conflict, and was rusting for decades waiting for us to buy, transfer and repair it here. 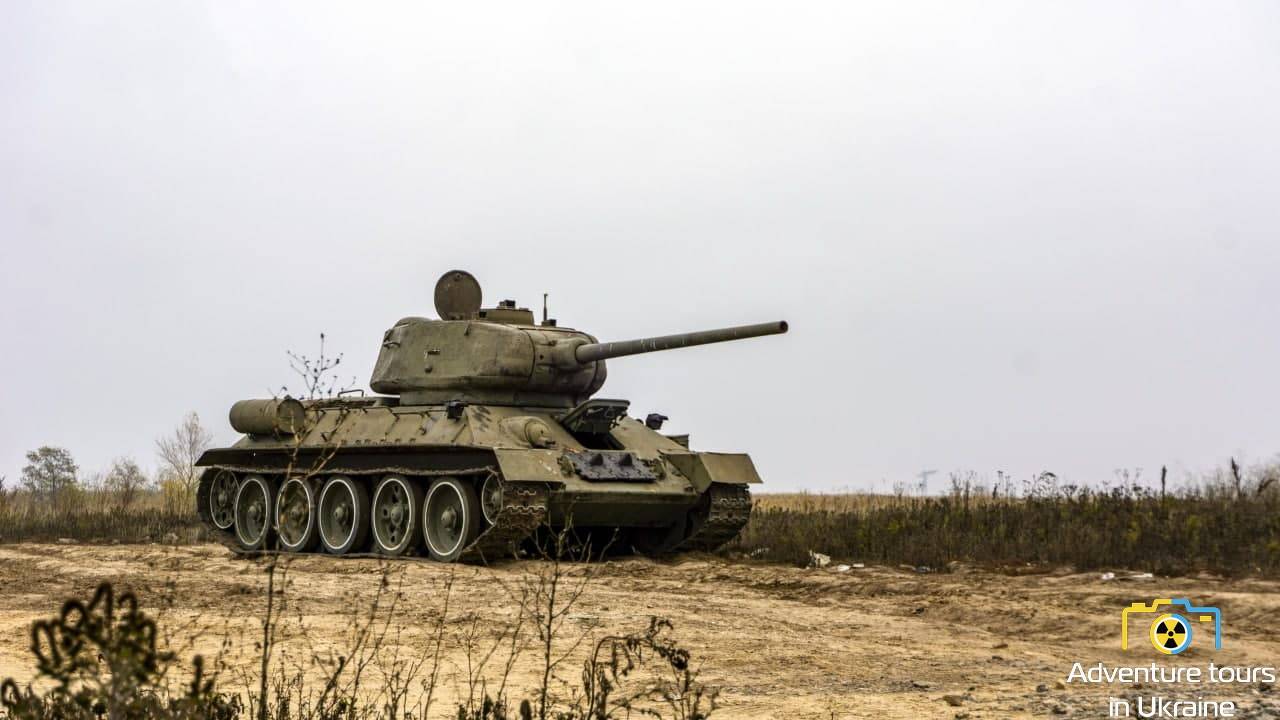 But right now it is locked and loaded and waiting for you to drive and shoot it at our place! It may be hard to believe, but yes, it is possible to drive and shoot the actual T-34 tank at our military base. It is one of the few places in the world where you can drive a tank, and even more, if arranged before - you can run it over a real car.

Already amazed and want to try it? Book your tour on our website.