What is a BRDM-2 vehicle?

BRDM-2 name stands for a second version of Soviet armored reconnaissance patrol car. Serially produced from 1963 to 1989 by the Arzamash Machine-Building Plant. BRDM-2 does not have very powerful armor, but still you can be protected from any firearm including a Mosin sniper rifle and weaker. 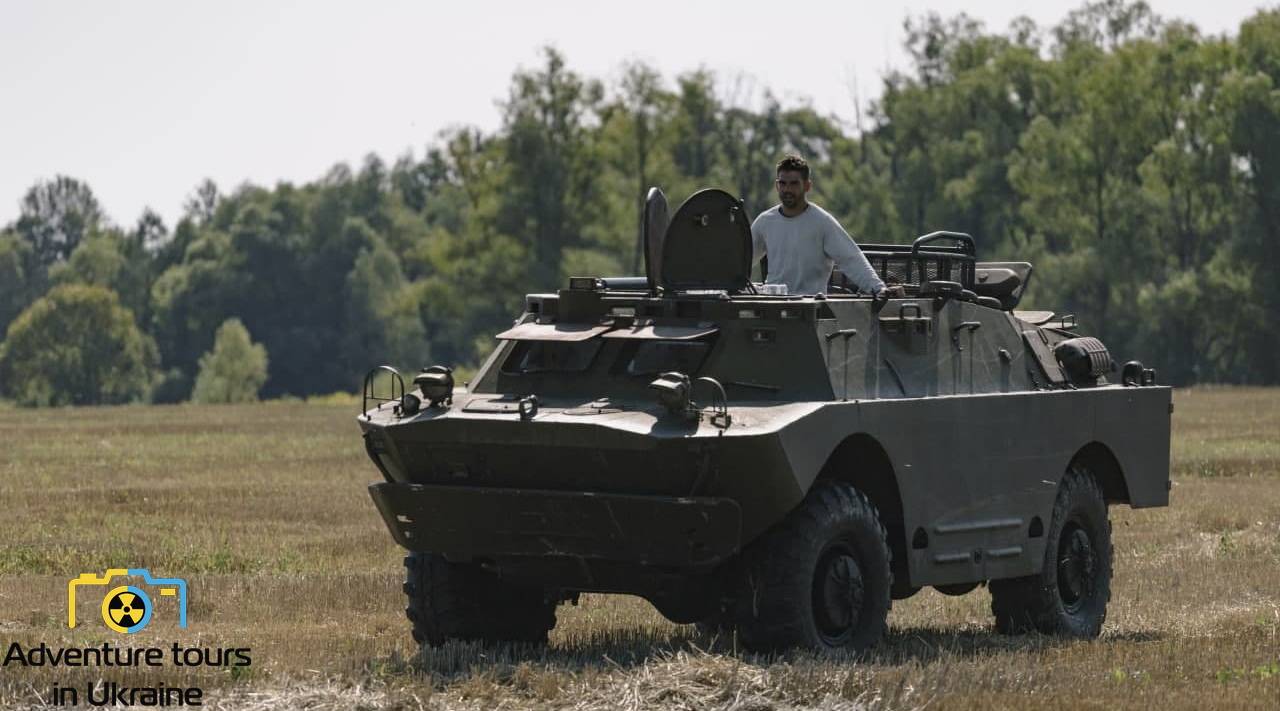 Scenic view of the vehicle in the field

But the main feature we are interested in during our tours is not bulletproofness, since nobody will be shooting on us. We here are curious about what can it perform on the road and especially where the road ends. The main feature of the vehicle is very high passability. In addition to the main all-wheel drive chassis with adjustable tire pressure, in the middle of the body there are special additional sliding wheels, which allow, in particular, to overcome large ditches and even trenches. Due to such a good specifications, the renovated version of BRDM-2 is currently used to some extent in the intelligence units of more than 50 countries, of course including Ukraine. 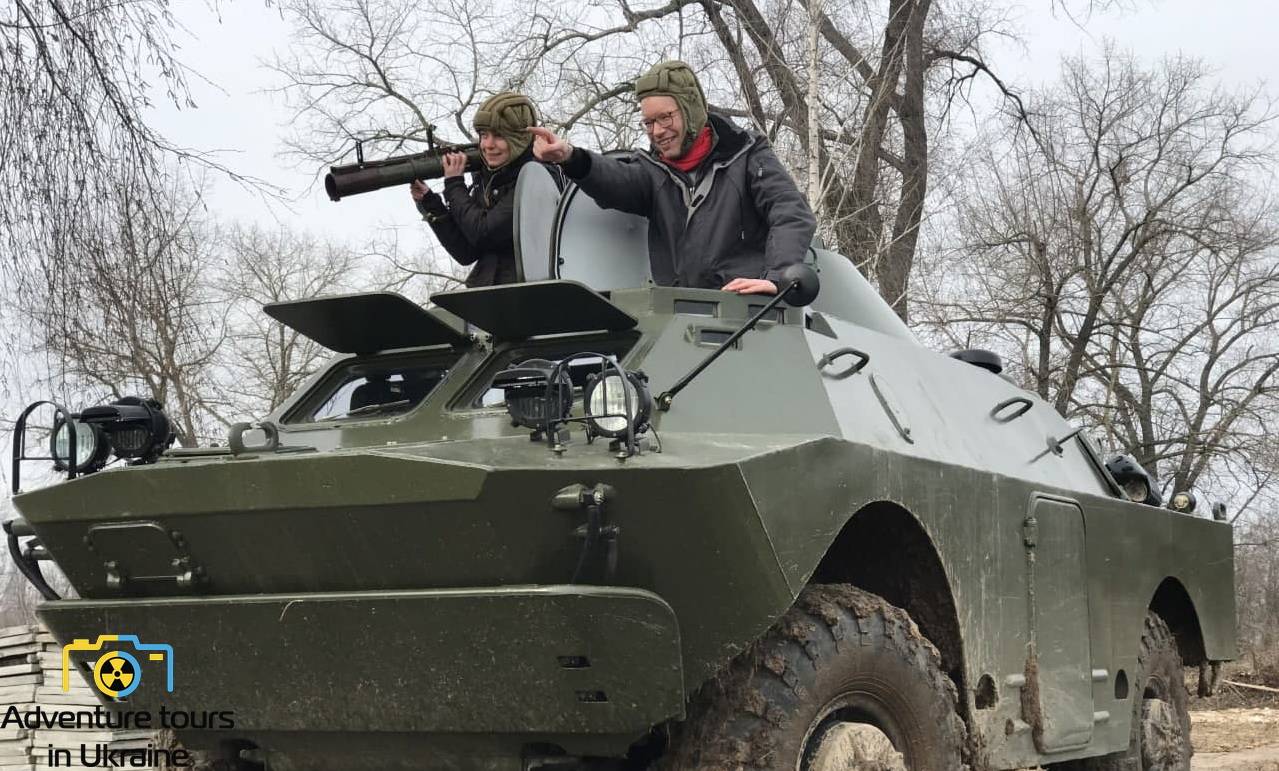 Getting ready to have a lot of fun

The BRDM-2 was a further development of the BRDM. It was developed by the design bureau of Gorky Automobile Plant, headed by V.A. Dedkov and mass-produced from 1963 to 1989 Arzamas Machine-Building Plant, but it was adopted by soviet army only in 1966.

BRDM-2 has a layout with the location of the control room in the front, the combat department - in the middle, and the engine room - in the stern of the car. The BRDM crew consists of four people: the commander and the driver-mechanic, who are in the control department on the right and left, the machinegunner in the tower, and the observer, who takes a seat on the left or starboard side in the combat department. 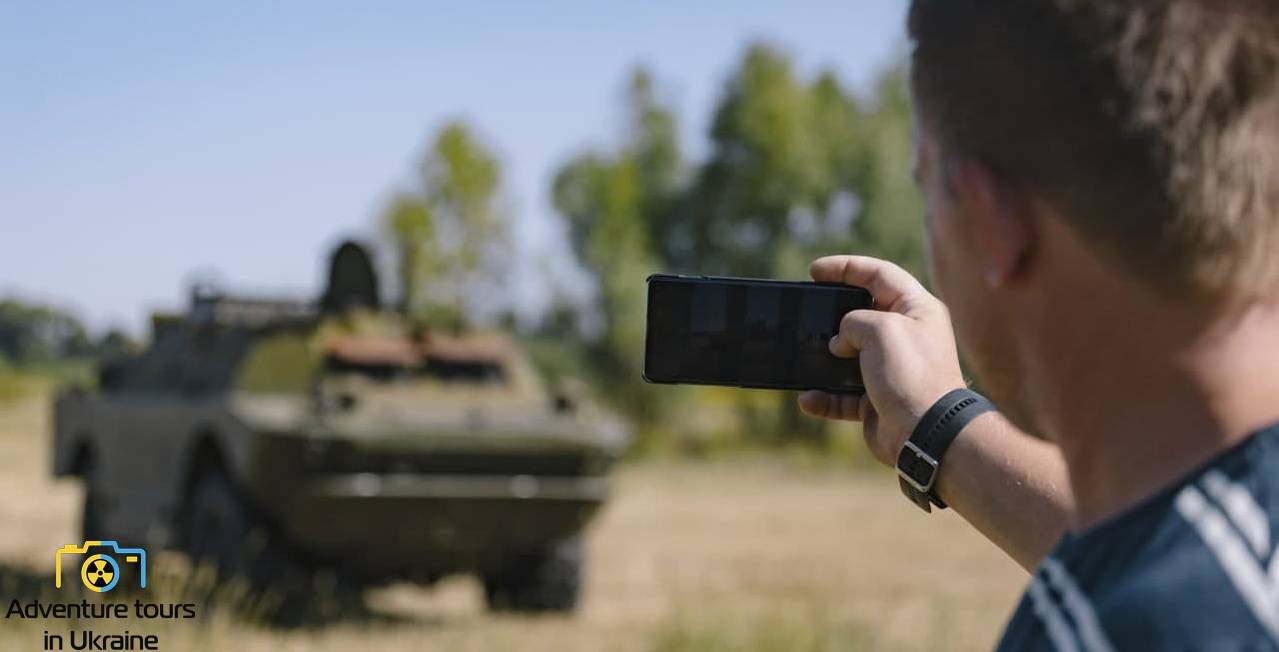 Take best pictures during the tour

BRDM-2 armament is a paired installation of a machine gun KPVT and PKT. The installation is placed on pins in the front part of the tower, its guidance in the vertical plane is carried out manually by means of the screw mechanism. Horizontal aiming is carried out by rotation of the tower. Aiming machine guns at the target is carried out using a periscope optical sight with a magnification. The crew can provide fire with KPVT at a range of up to 2000 meters and PKT - up to 1500 meters. KPVT is designed to combat lightly armored and unarmored enemy equipment and has ammunition of 500 rounds in 10 tapes, equipped with armor-piercing, incendiary bullets. PKT is designed to defeat enemy's manpower and firepower and has ammunition of 2,000 rounds in 8 tapes. 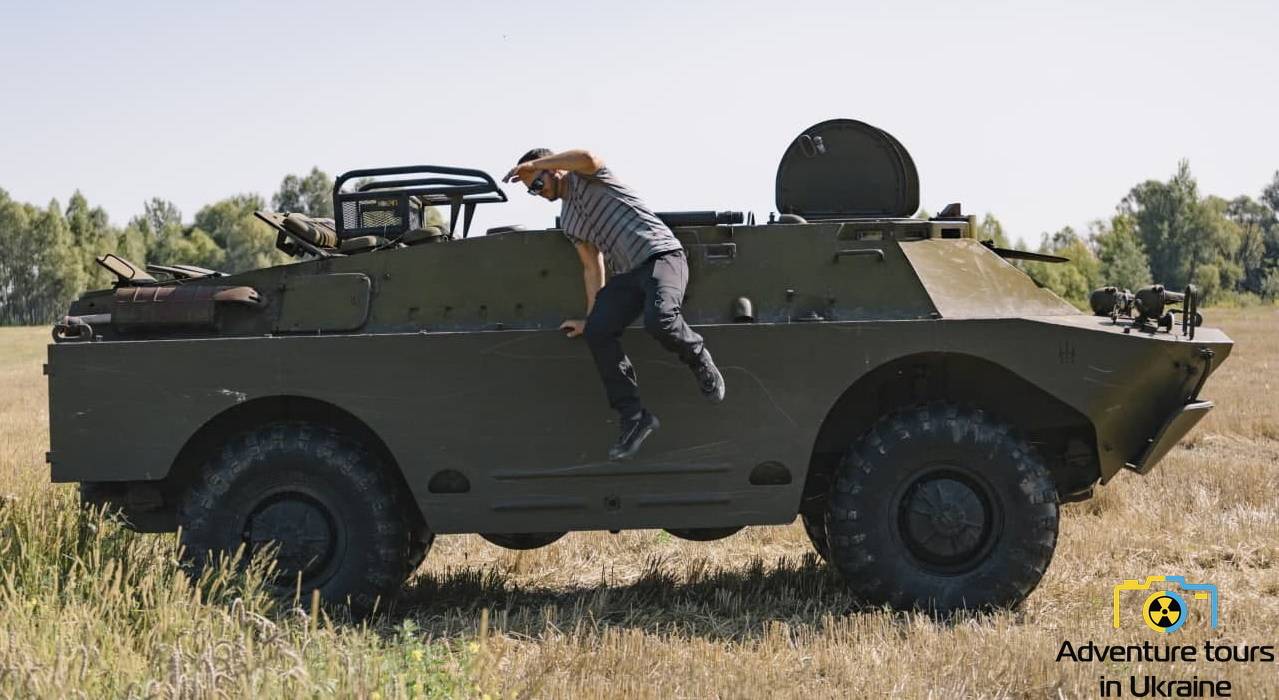 You will newer forget riding on top of this steel beast

Already curious to have a BRDM-2?