Once an ambitious and fast-growing home to almost 50.000 people from all corners of the USSR, the most daring Soviet project incarnating the idea of the peaceful atom, Pripyat now is a gloomy ghost town, an aftermath of human error, and a proof of nature’s destructive and curing powers.

Adventure Tours in Ukraine invite you on a safe tour to Chernobyl uncovering the hard-hitting truth of the worst nuclear disaster in history. 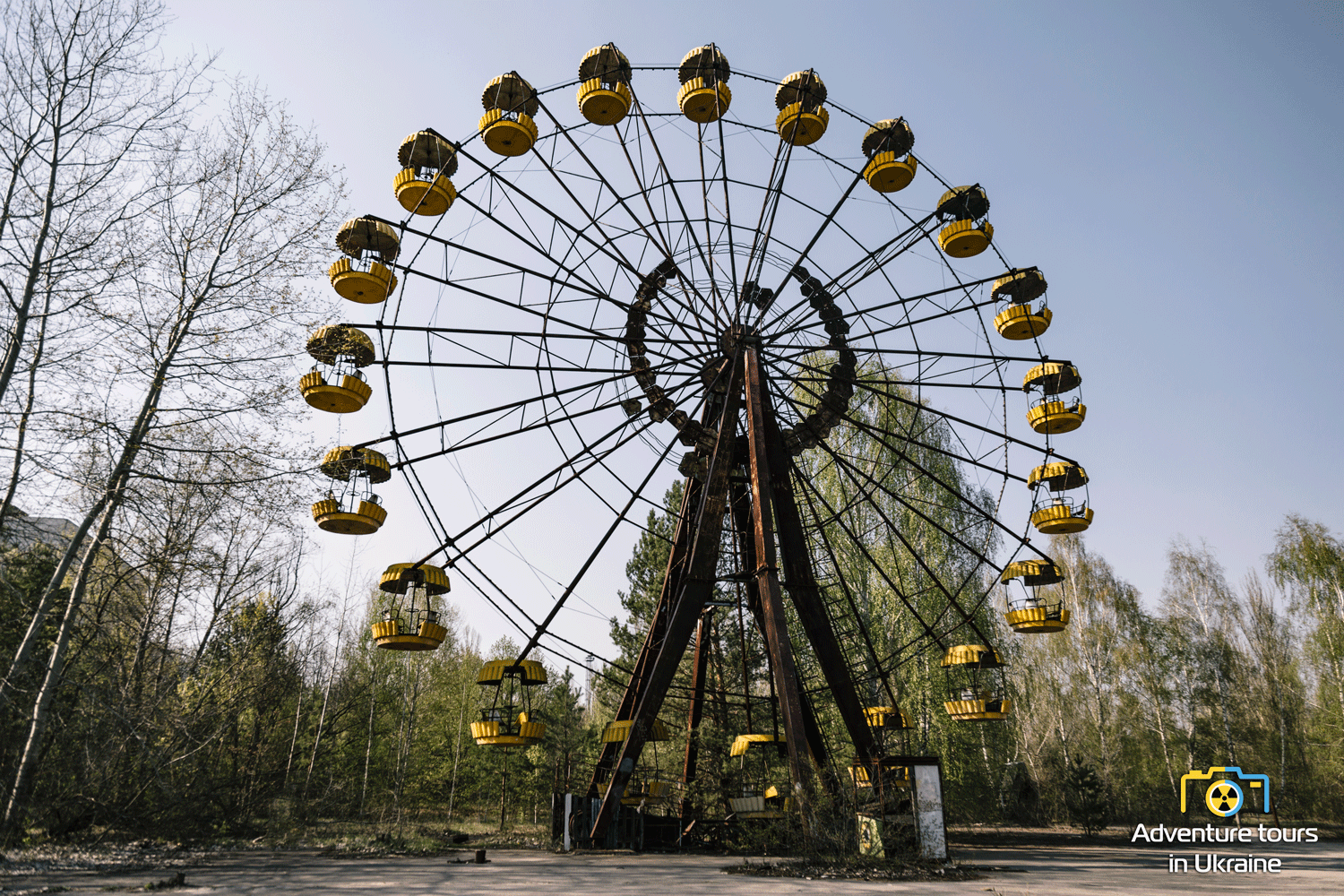 - famous Ferris-wheel in the amusement park in Pripyat ghost town

Can you visit Chernobyl?

Follow in the footsteps of Chernobyl HBO series and S.T.A.L.K.E.R. video games and discover the Ferris Wheel that could never entertain, the Polissya hotel that hosted liquidators, the Azure Swimming Pool, the Avanhard Stadium covered with moss, and the Hospital still hiding the firemen’s clothes in its basement. Peep into numerous abandoned buildings and take pictures of beautiful stained-glass windows, creepy toys, and soviet propaganda posters that can still be found in the crumbling town. 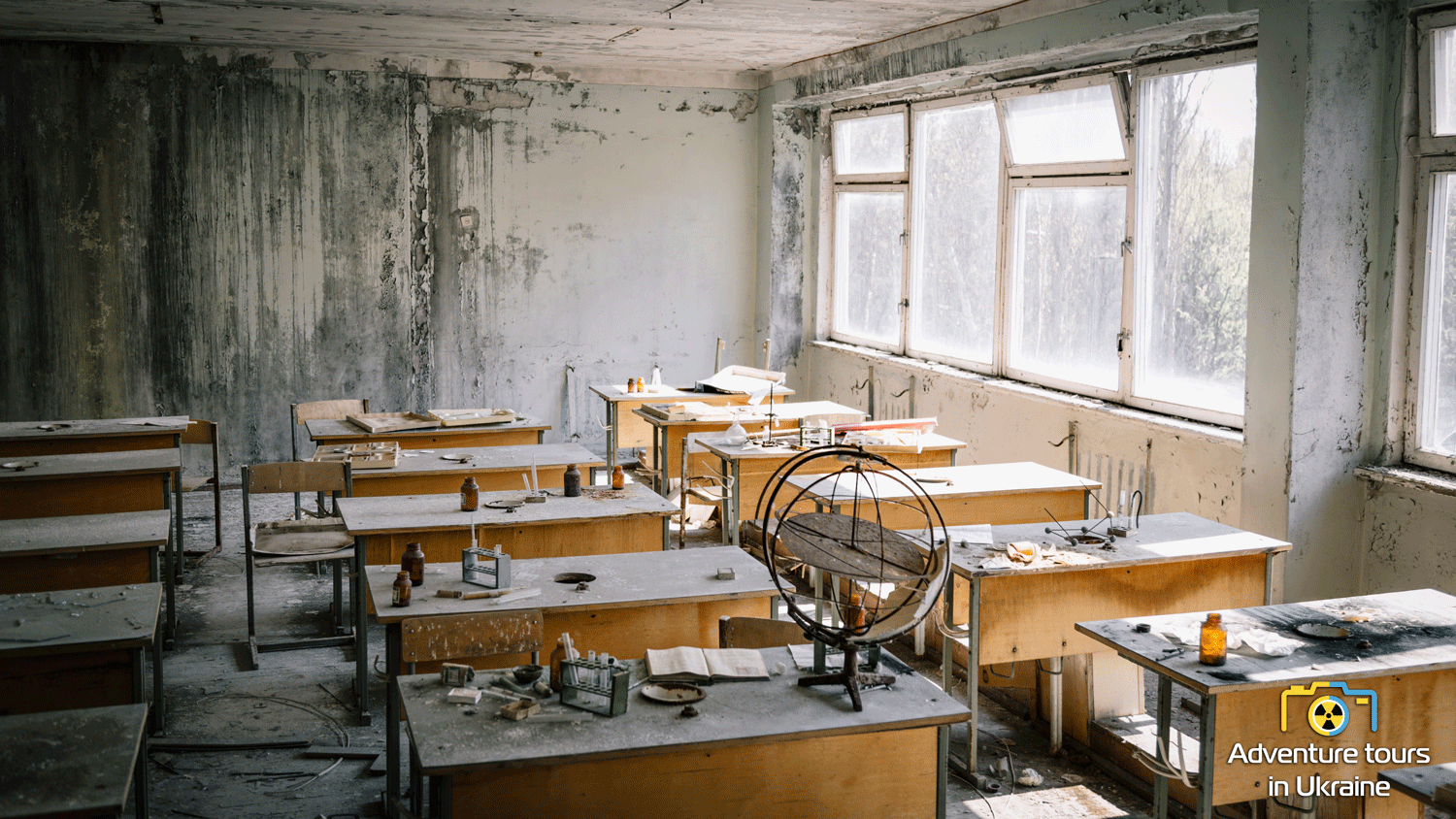 - classroom of chemistry at school #5 in Pripyat

Contrary to a common misconception, radiation levels in the Exclusion Zone do not exceed standards set for humans. There’s nothing to worry about as every tour group is provided with a Geiger counter measuring radiation and proving your safety.

Pripyat is not the only must-see place in the area. You’ll also visit the town of military importance Chernobyl-2, the Duga missile defence radar which operated during the Cold War and was nicknamed Russian Woodpecker, the semi-destroyed kindergarten, the enormous New Safe Confinement designed to confine the remains of Reactor Unit 4 and the Nuclear Power Plant itself.

Our professional guides will make sure you get your dose (pun intended) of shivers, knowledge, and unforgettable moments you’ll be sharing with all your friends. Book your Chernobyl tour from Kiev right now and witness all of it! 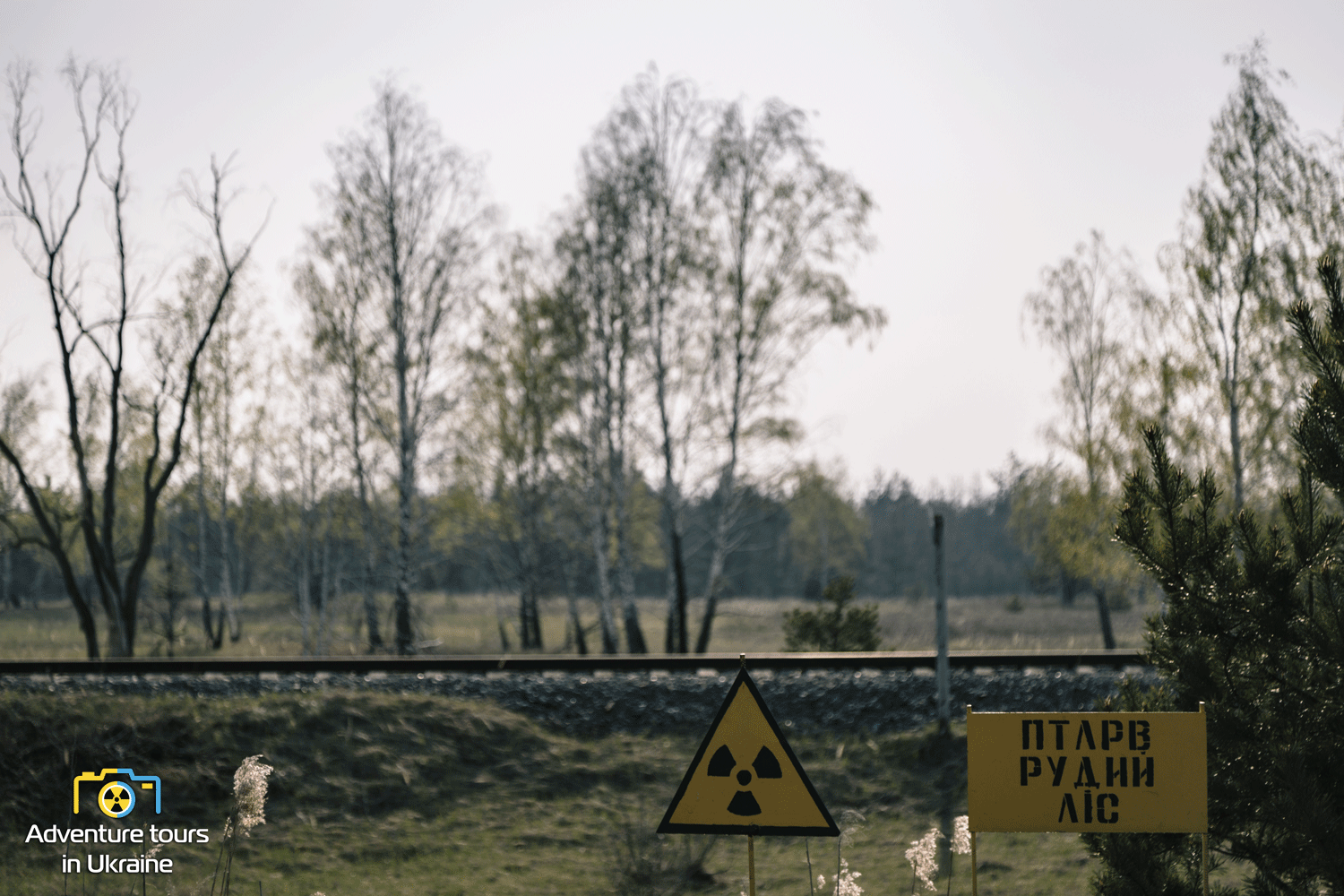 - view at the Red forest - highly contamenated area. This forest was literaly scorched with the first fallout from the exploded reactor: its leaves came red and branches came black.