Before running into the history and specifications of the M4 carbine, let’s take a glance at what the carbine itself is. A carbine is a long gun that has a barrel shortened from its original length. Most modern carbines are rifles that are compact versions of a longer rifle or are rifles chambered for less powerful cartridges. A firearm does not require a stock or arm brace in order to be considered a carbine. The smaller size and lighter weight of carbines make them easier to handle. They are typically issued to high-mobility troops such as special-operations soldiers and paratroopers, as well as to mounted, artillery, logistics, or other non-infantry personnel whose roles do not require full-sized rifles, although there is a growing tendency for carbines to be issued to front-line soldiers to offset the increasing weight of other issued equipment. An example of this is the U.S. Army's standard issue - the M4 carbine. 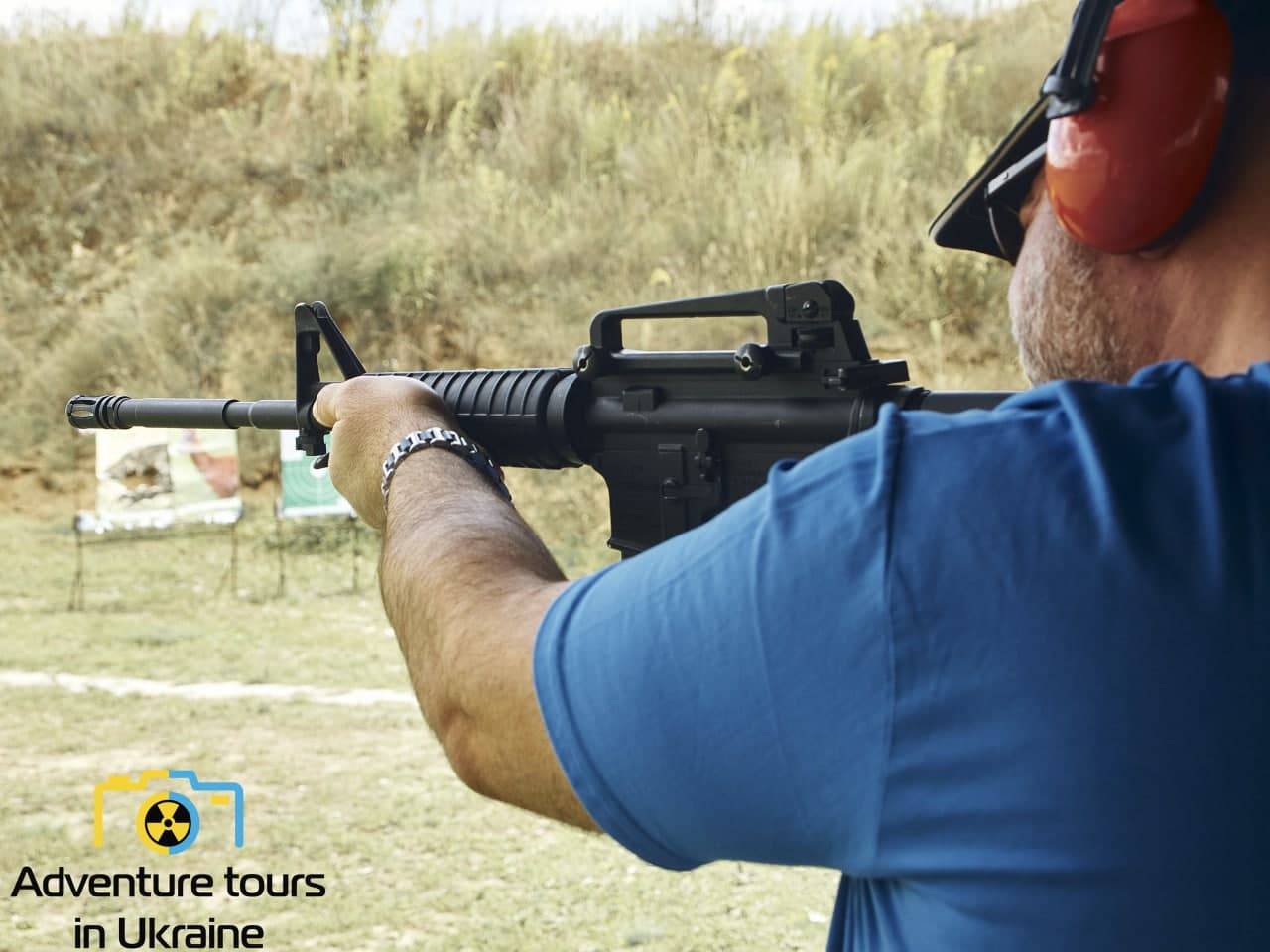 Our guest aiming the M4 rifle at the 100m shooting range

The M4 carbine is extensively used by the United States Armed Forces and is largely replacing the M16 rifle in United States Army and United States Marine Corps combat units as the primary infantry weapon. The M4 carbine is a shorter and lighter variant of much older, full barrel length M16 assault rifle. It has not too many details inherited from it`s ancestor – this one has much more new technological decisions used. It has a 14.5 inches barrel and a telescoping stock – much shorter and therefore much more convenient in use than the old one. 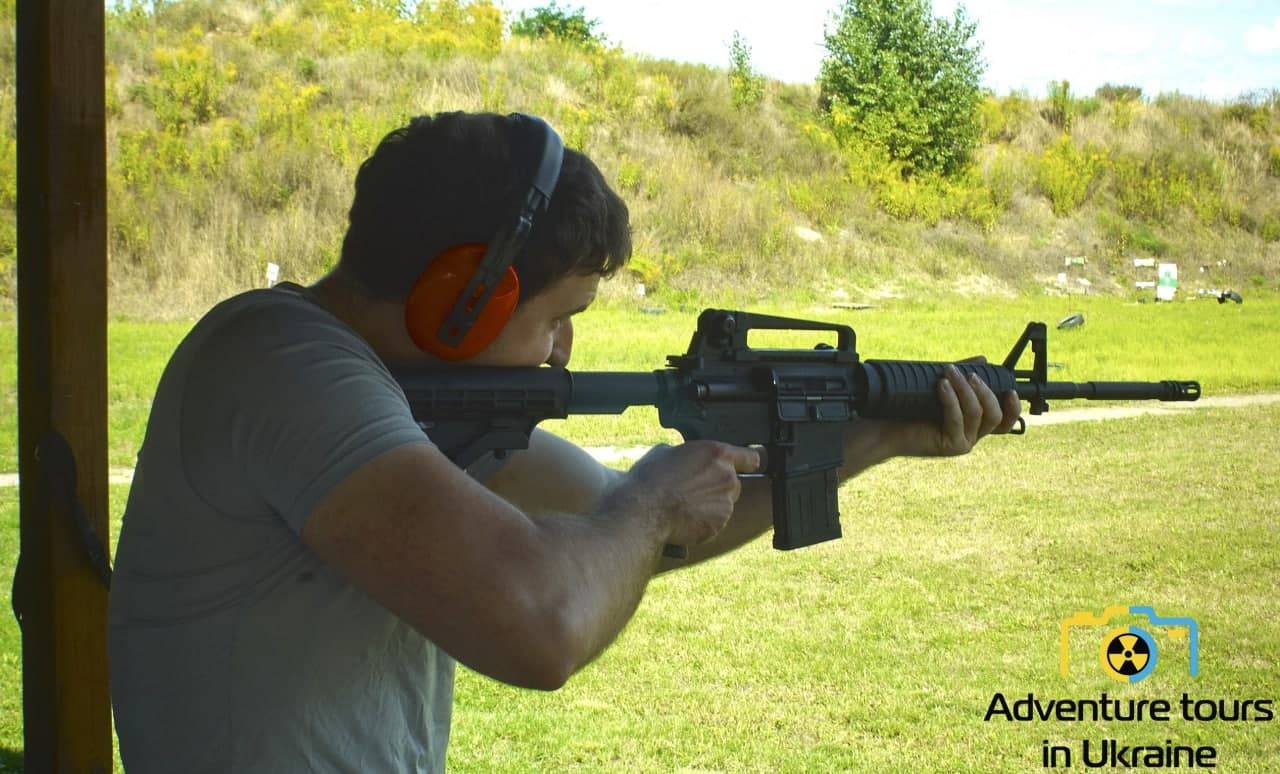 The moment of the shot

-The first model called XM4, which was renamed to M4 in May 1991, was given even shorter 11.5-barrel, but later it was given a longer 14.5-inch barrel for the possibility to install the bayonet and the a grenade launcher. -There have been some criticisms of the carbine, such as lower muzzle velocities and louder sound due to the shorter barrel, additional stress on parts because of the shorter gas system, and a tendency to overheat faster than the M16. But nevertheless, a design of the M4 is handy and more convenient to carry than a full-length rifle. While the M4's maneuverability makes it a candidate for non-infantry troops, it also makes it ideal for close quarters battle. -The M4 have mostly replaced the M16 in the U.S. Army and Marines, and was later taken to the armories of approximately 90 countries. 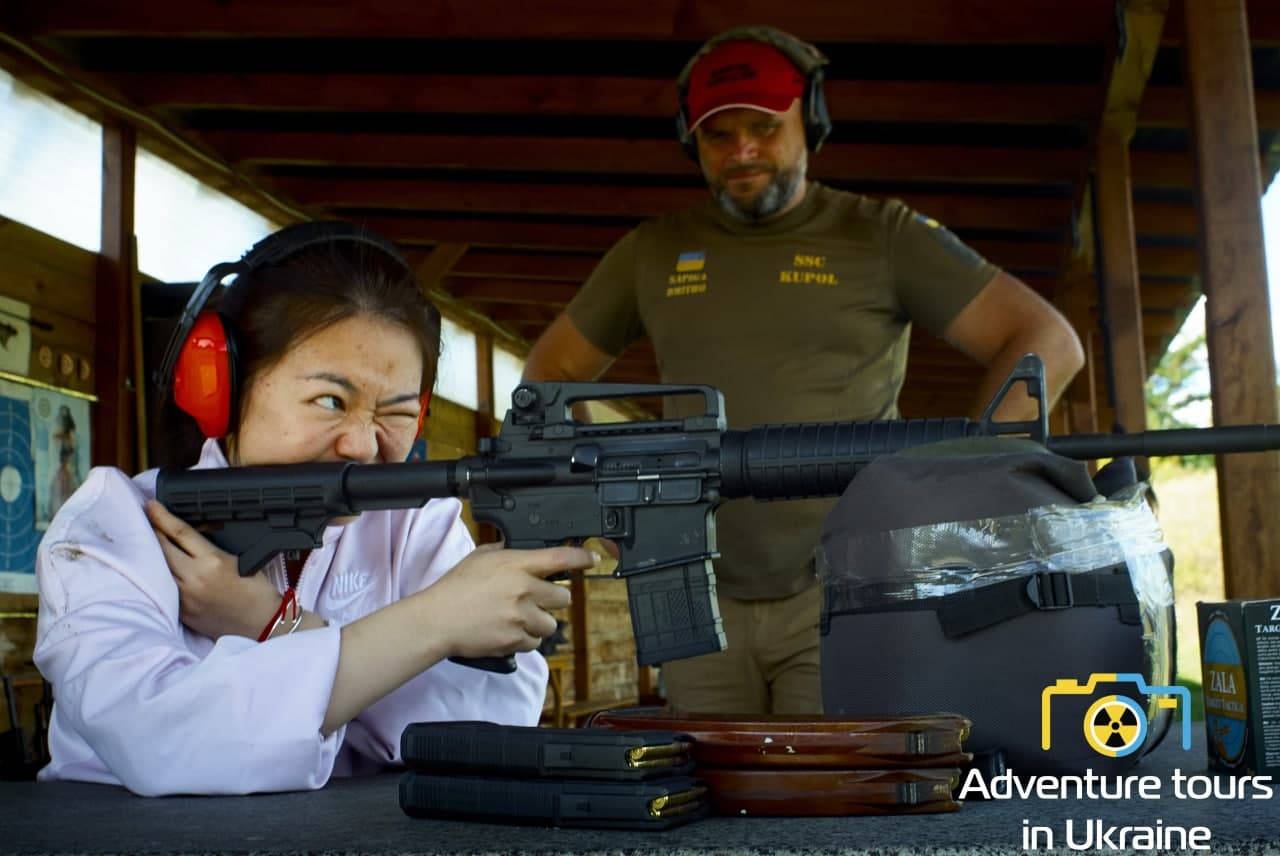 Geting ready to hit the target

The M4 can be fitted with many accessories, such as night vision devices, suppressors, laser pointers, telescopic sights, bipods, grenade launchers, forward hand grips, and anything else compatible with Picatinny rail. This makes the carbine compatible for a ton of different uses – from real military conditions to tactical training and sport shooting, and even to shooting it at our shooting range.

Curious to try how one works? Book your tour on our website.