In June 2019, HBO realized the new mini-series “Chernobyl”. The picture showed to the whole world the problem arising from the Chernobyl disaster. The series gets more than 8 million people to TV screens. The whole world knows about the tragedy, but not anyone was truly interested in considerations of the accident before that. The information “bomb” had led to the “explosion” of interest to the Chernobyl exclusion zone. Crowds of people buy tours to Chernobyl to visit the center of historical tragedy. Only in August 2019, more than 14 thousand tourists visited the zone. This number is five times more than at the beginning of the year. People from more than 120 countries already visited Chernobyl. Of course, we can’t separate the organic increase of tourism to Ukraine from the influence of “Chernobyl” HBO mini-series, but the benefits of the series for tourism flow to Chernobyl zone can’t be denied. 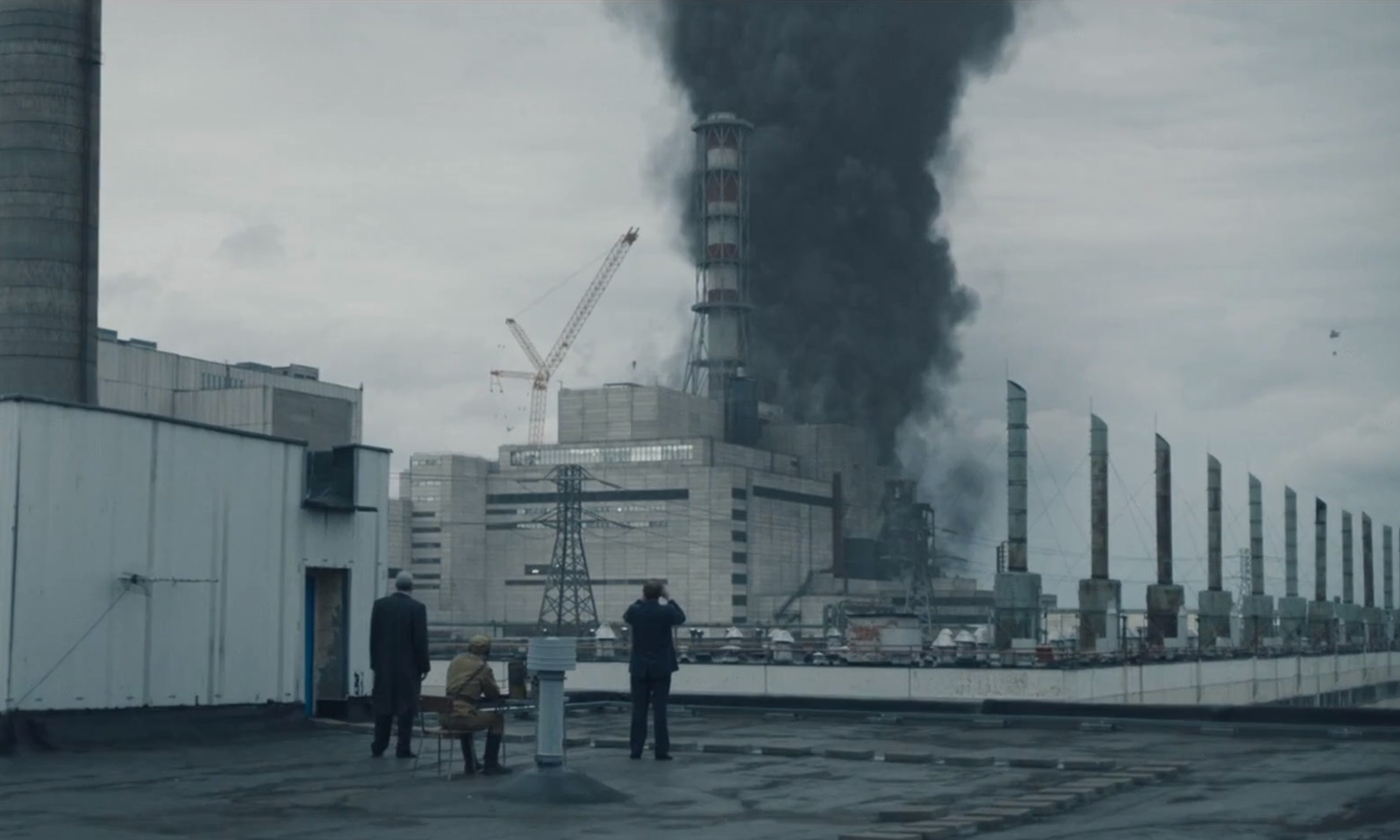 - Legasov and Scherbina are discovering the still burning reactor on the 27th of April - one day after the explosion. Chernobyl HBO miniseries

Deep in the night on April 26, 1986, two powerful explosions happened in the core of the 4th reactor at Chernobyl Nuclear Power Plant located only 2 km from Pripyat town. The staff was making the experiment to test the so-called turbo-generator rotor run-down mode, but the rare combination of various technical and human factors led to the tragic sequence of events. The idea was to use stored kinetic energy of a spinning rotor for serving the electricity needs of the plant in case of station blackouts. Primarily, the design flaws of graphite control rods and reactor safety systems are considered as the main reason for the catastrophe. The release of radiation at the moment of the explosion was equal to the 400 bombs dropped on Hiroshima. The witnesses recall the red fire that appeared after the first explosion and the mushroom cloud raised after the second. As a result of two explosions, the reactor was almost completely destroyed and the highly radioactive cloud began to travel all over Europe – where the wind blows. Huge territories of Ukraine, Belarus, Russia, as well as some other European countries, were highly contaminated. Some of these territories would be uninhabited even more than 30 years after.

Despite the huge health risk for the population of the USSR and European countries, the Soviet government decided to keep anything in secret. Only 36 hours after the explosion, they started the evacuation of 50 thousand citizens from Pripyat town, where at that time astronomical radiation levels were already observed. To avoid any panic, people were told that they were leaving their home only for 3 days and it was not allowed to take anything except documents, food, and clothes for 3 days with them. Although, people never returned home. 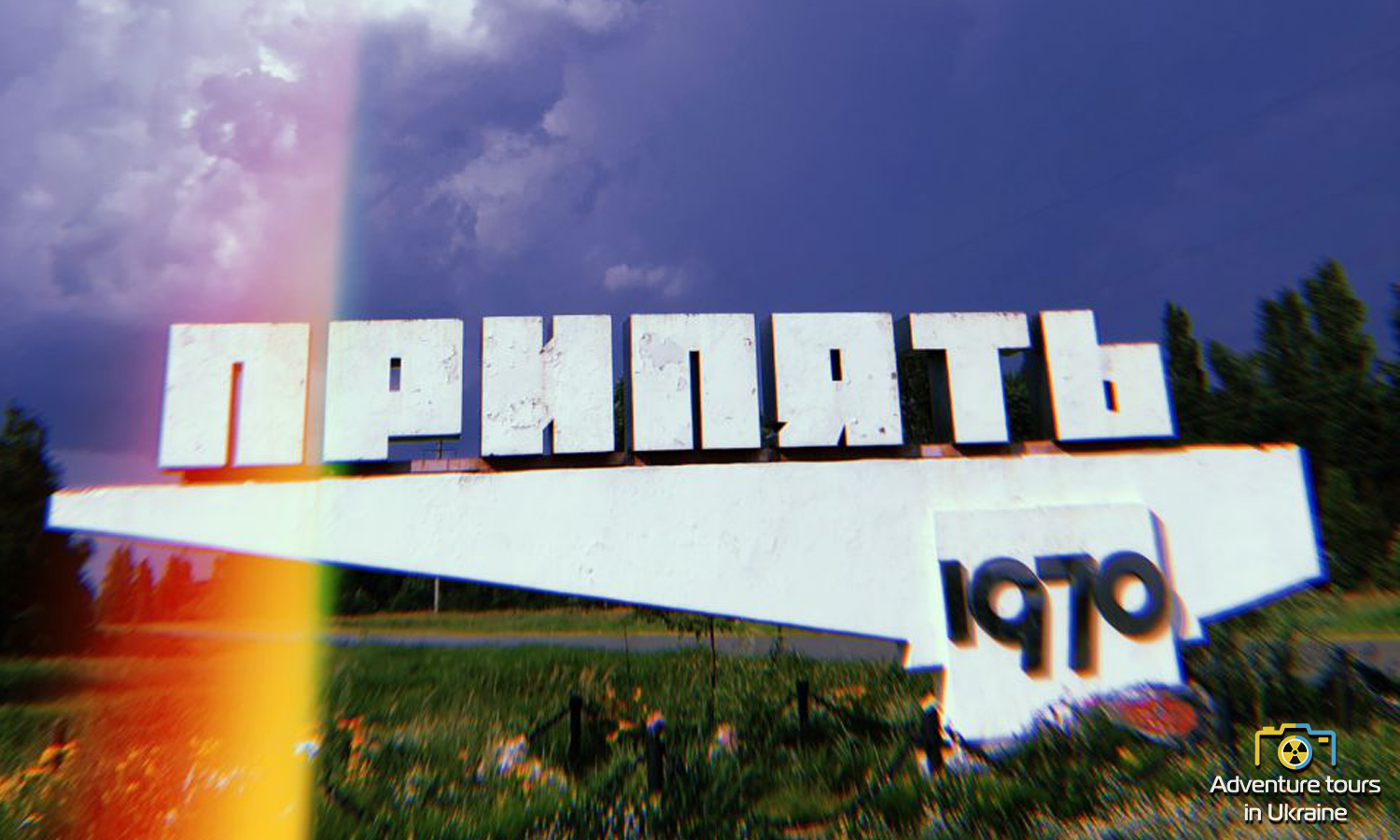 USSR government decided to shelter the Chernobyl reactor under the sarcophagus to the stop radiation release from the ruins of block 4. The first object “Shelter” with the 30-year term was finished 6 only months of the explosion – in November 1986. In 2016, 30 years later, the construction of New Safe Confinement was finished. Built on international money, this object should protect us from radioactive ruins during the next 100 years. Now Zone is open for tourists. But is it safe to visit Chernobyl?

Radiation is a flow of energy, which spread as waves or particles. Among the different types of radiation, people consider alpha, beta and gamma rays as the most dangerous for a human body. We call it ionizing radiation. Knocking electrons from atoms, ionizing radiation can damage DNA in the cells, causing diseases and in some cases death.

However, people are affected by radiation every day. Among popular sources of radiation are the sun, some soils, scans in airports, X-rays, etc. The established annual normal dose for an average civilian may vary from country to country and range from 2 to 4 mSv (MilliSievert) or 2000-4000 μSv. Here are the most popular radioactive sources people confronts each day:

During a guided trip to Chernobyl, average tourist absorbs from 2 to 3 μSv (equal to one hour of flight on a plane). However, the true thrill-seekers can find some hotspots of radioactivity which are still safe to measure, but the clicks of the dosimeter will send shivers on one's spine. 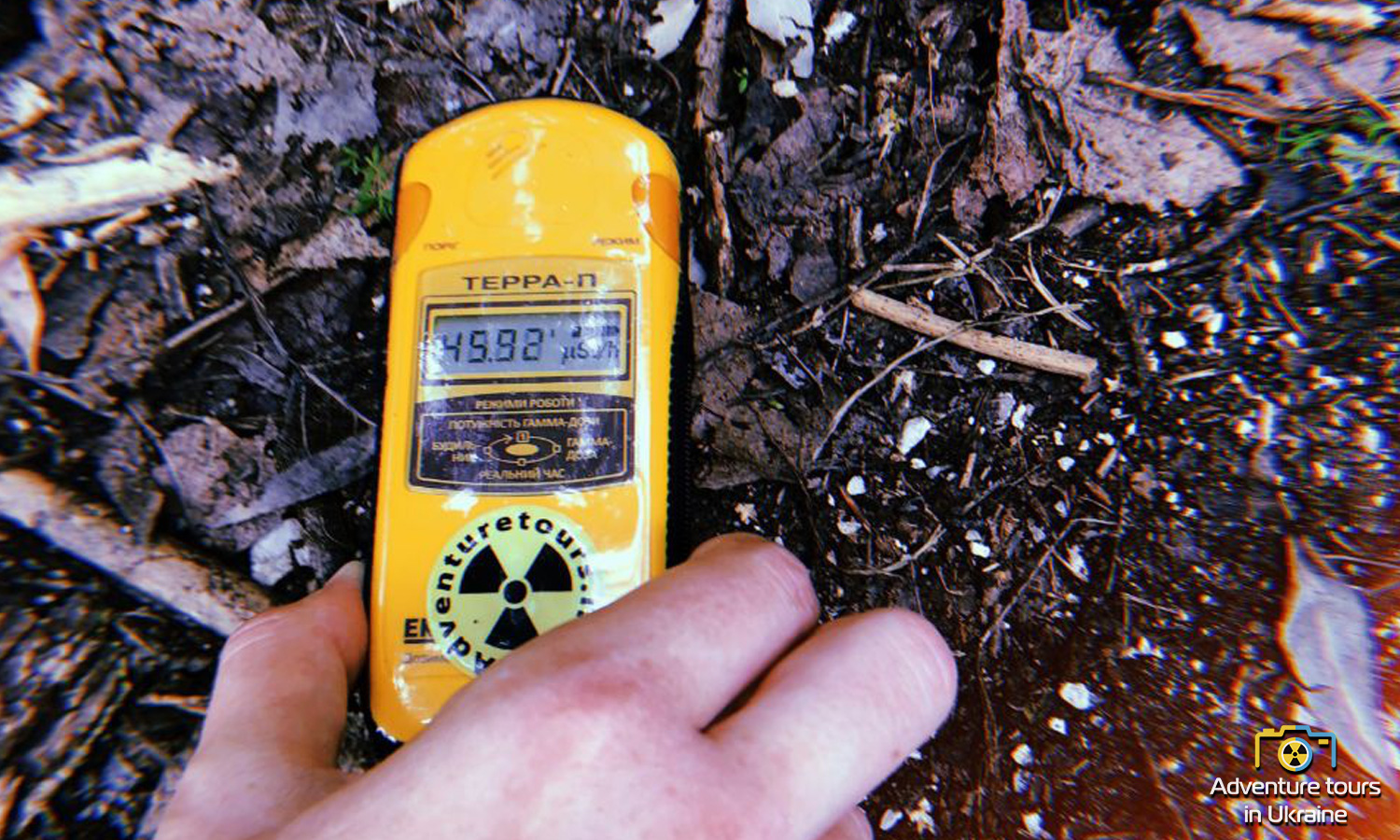 Experts say – yes, it is. If you keep simple safety rules and follow the instructions of professional Chernobyl guide, of course.

During long years after the explosion, the territory of the Chernobyl exclusion zone was passing the thorough decontamination process – the liquidation of consequences. During this process, liquidators sacrificed their health and sometimes lives, taking various measures to localize all the radionuclides in the special cemetery of nuclear wastes and clean up the territory. As a result, 33 years after, lots of highly contaminated areas back in a day, now are available and safe for visit. Of course, the zone is multifarious, and different locations have a different level of contamination, but during the safe visit to Chernobyl, you will keep only the safe route. Luckily, all the most interesting locations, like Chernobyl town, The New Safe Confinement (sarcophagus over the 4th reactor), Duga radar (Russian Woodpecker), Pripyat ghost town, the Bridge of death, etc., are included in the regular safe route! 100% safety of our guests – is always the first priority for our guides.

Nowadays, the zone is divided on 2 main parts: 10 km and 30 km zone (the approximate radius around the nuclear power plant). Here are the average radiation levels at popular locations in the zone:

On average, during the whole one-day trip to Chernobyl people absorb around 2 μSv/h. That is sometimes 10 times less than during the period in plane as Sun is still the biggest source of radioactivity in our galaxy.